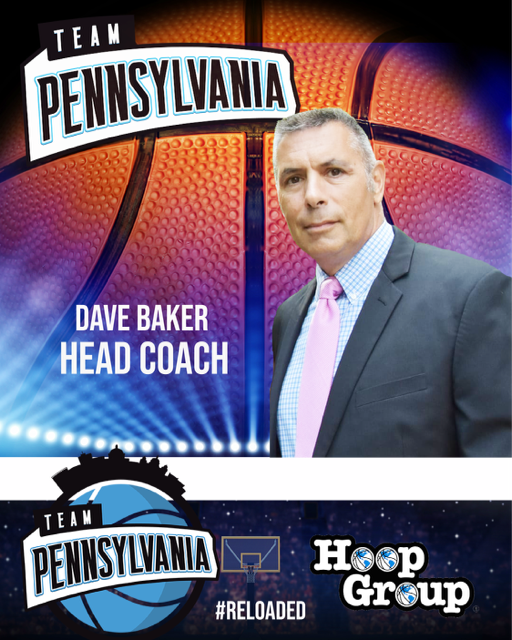 With over 200 collegiate wins, Dave Baker’s resume includes stops at St. Bonaventure, Clarion, HACC, and Central Penn College before moving into the AAU and club ranks as the founder of Team Infinity.  While at Central Penn, Baker lead the Knights to a National Championship game within 5 straight National Tournament appearances culminated by being recognized as the USCAA Division II National Coach of the Year.  As a former Division I player and current school administrator, Dave has an Ed.D in Educational Leadership that focuses on trauma-informed education, and his approach utilizes those skills to teach the game of basketball.  Dave and his wife Beth, who is also a basketball coach at Bishop McDevitt, have 3 children, Morgan, Evan, and Dominic. 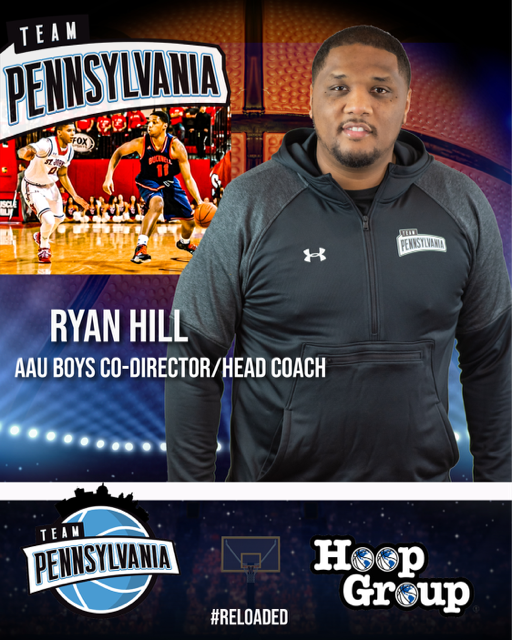 Ryan Hill was a two-time All-State Player at Steelton High School, two-time Big 15 Player, and State Champion MVP.  He then went on to play point guard for four years at Bucknell University.  While at Bucknell he helped lead the Bison to two Patriot League Championships and two NCAA Tournament Appearances.  Today, Ryan is an Assistant Men’s Basketball Coach at Franklin and Marshall College.  Team PA is very fortunate to have Ryan join the team to help direct our program, coach our teams, and mentor our young athletes. 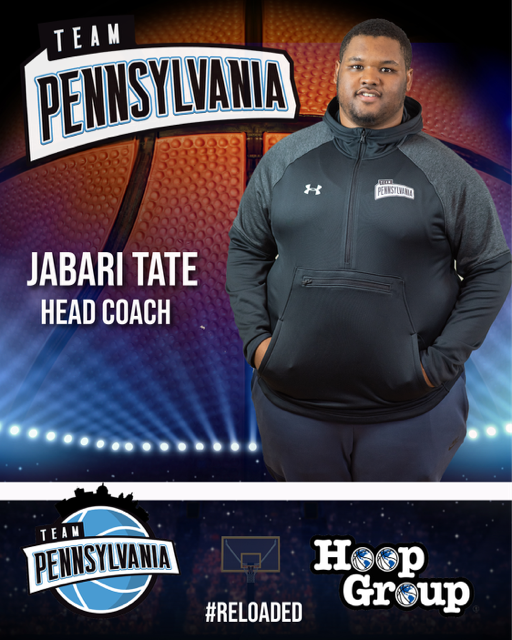 Jabari Tate is new to Team Pennsylvania this year but certainly not new to coaching.  After serving as Team Manager for Hampton University, he became the Student Assistant Coach.  He has experience on the high school level as the Assistant Coach at Steelton-Highspire High School.  Jabari was a catalyst in starting The All-In-Elite AAU Club last year and was selected to coach at the Hoop Group All-American Elite Camp.  He is also one of the Head Coaches at Scotland Prep, one of the top preps schools in the country. Jabri specializes in skill development and takes pride in developing young athletes as players and young men.  Team PA is excited to welcome him to the club. 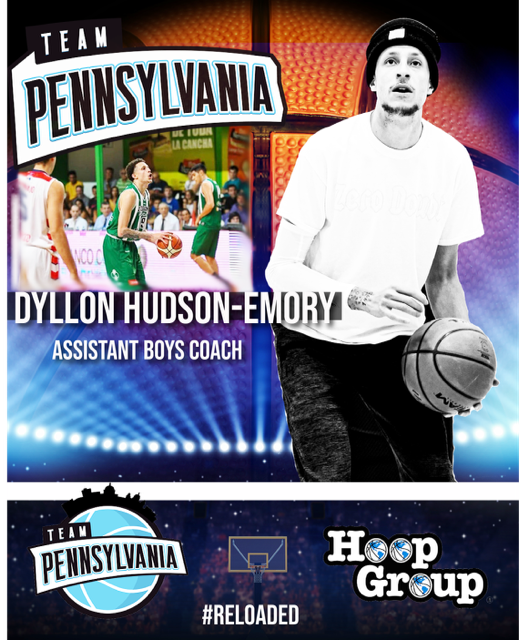 Dyllon Hudson-Emory played his high school basketball at Bishop Mcdevitt averaging 20 Points and 9 rebounds in his senior year and was named to the Big 15 first team.  He then went on to play college basketball at Holy Family University and Davenport University.  In college, Dyllon was a prolific scorer leading the conference at 22.5 points per game which led to many accolades including; Conference player of the year, first-team All-Conference, and first-team All-Midwest. After college, Dyllon went on to play four seasons professionally in Argentina, Finland, Canada, and Germany. Team Pennsylvania is extremely excited to have Dyllon on our side-lines showing our young athletes from Central Pennsylvania how a local player can go on to achieve all their goals and play basketball at every level. 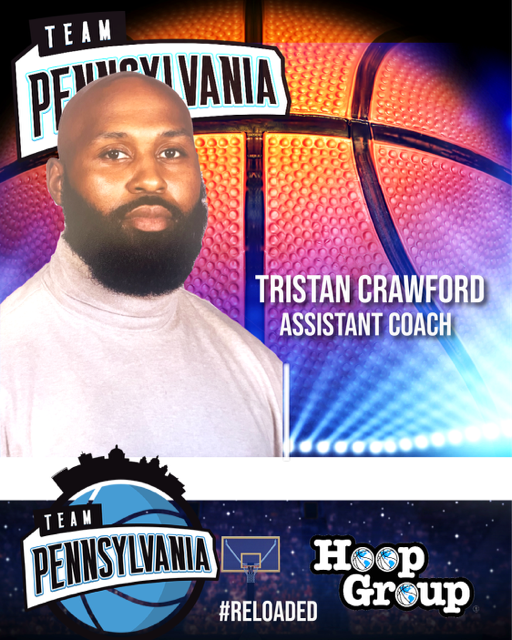 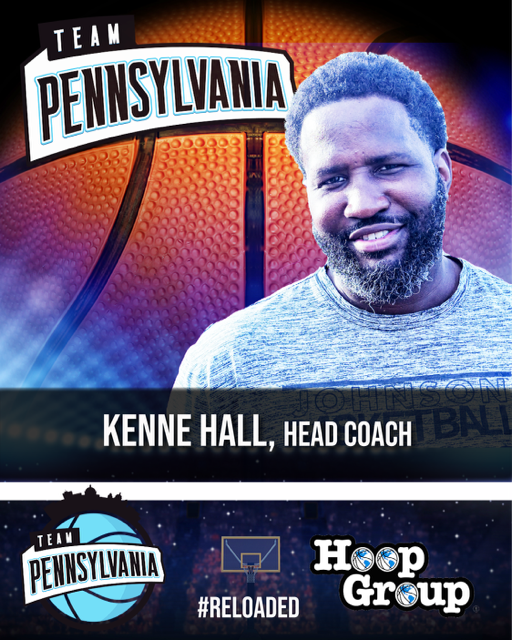 Kenne Hall was a 2-year high school varsity shooting guard at the historical Germantown High School in Philadelphia, PA. After graduating high school, he went on to play basketball at Burlington County Community College in New Jersey where he finished his career with over 1900 points and was named a two-time member of the “All Garden State Athletic Conference” team. Having over 20 years of playing and coaching experience, he is focused on developing the youth in the Harrisburg area. His main goal is to teach any kid that is willing to learn. 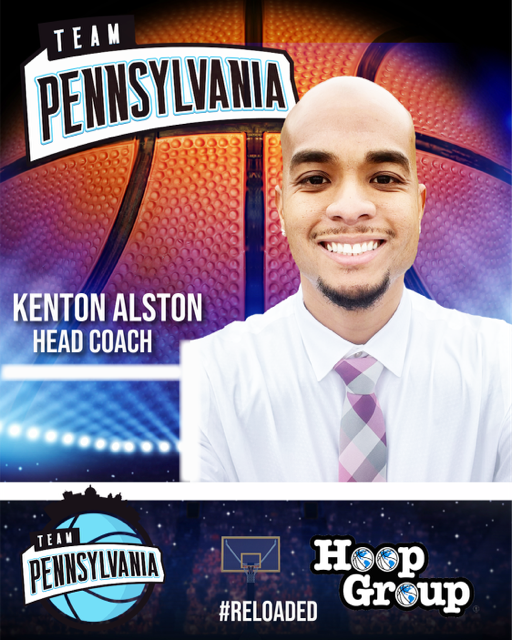 Kenton is currently a Junior Varsity Head Coach and Varsity Assistant Coach at Steelton-Highspire High School. He began his basketball career at Steel-High where Kenton and his teammates won three District III Championships and one PIAA State Championship. For his success on the court, Kenton was named a three-time Conference All-Star and a three-time Patriot News Big 15 selection.
Kenton continued his basketball career with the nearby Blue and White at Pennsylvania State University Harrisburg. During his collegiate basketball career, Kenton and his teammates won two Northeast Athletic Conference Championships. Additionally, he was a four-year team captain, four-time All-Conference Selection, and a three-time First-Team All-NEAC selection. In 2012, he was named Penn State Harrisburg’s Male Student-Athlete of the Year. Kenton ended his collegiate career as the all-time leader in points, rebounds, and blocked shots.
Kenton brings a wealth of life and basketball experiences to our program. He proudly served our country both in the United States Marine Corps and the Army National Guard for 13 years.
“I am extremely excited to be a part of the Team PA family and I look forward to working with the student athletes and helping them improve their game and improve both on and off the court.” 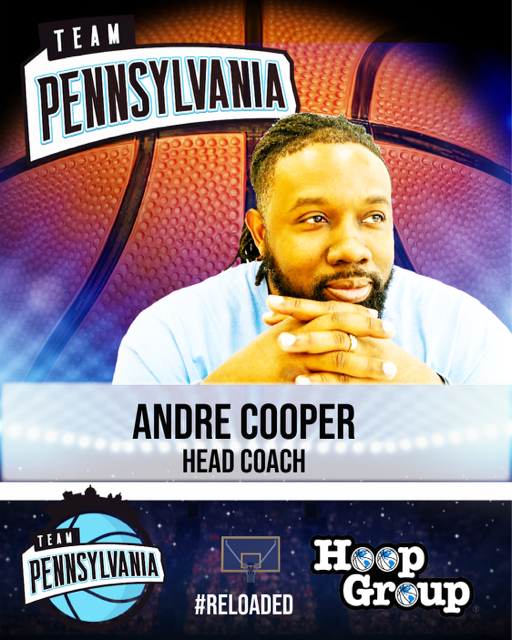 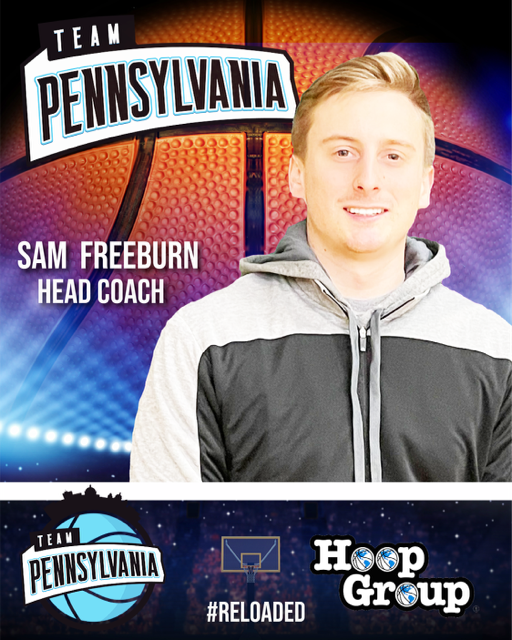 Sam is entering his 6th season with team Pennsylvania. He played for Lower Dauphin High School where he saw 2 District Playoff Appearances. Sam has spent time on multiple coaching staffs in the area including Cumberland Valley, Red Land, and Central Dauphin’s Youth Program. 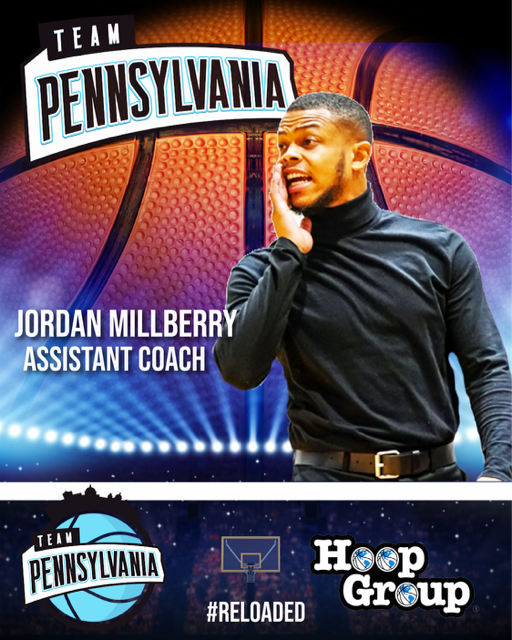 Jordan Millberry played WR at Saint Francis University (D1 FCS) When he was there he helped earn the school first-ever conference championship. Graduated with a business finance degree then began his coaching career with Steel-High’s junior high program for 3 years. Then helped create and coach AIE AAU in the Marquee Hoop Circuit. Currently coaches at Trinity High school football and basketball for the Varsity teams. I’m excited to take on this new challenge ahead of us and to give back to these young men! Can’t wait to get to work and build something special and not only be around to coach basketball but life coach as well! 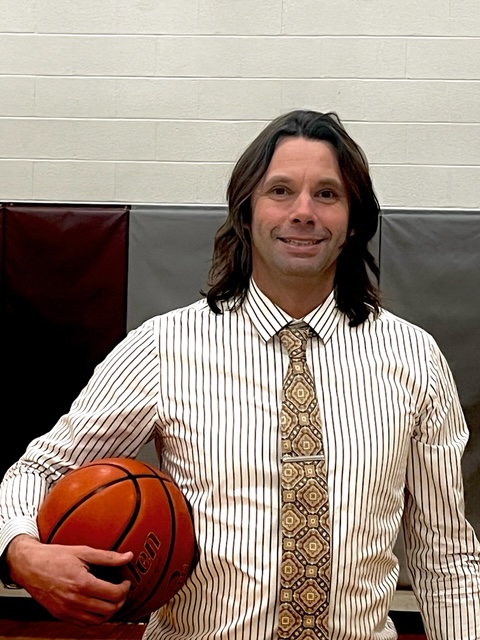 Nick Butt is first and foremost a father, husband, educator, and coach. Nick experienced college basketball as a player at Messiah College in the early 2000s. After graduation, Nick jumped into various coaching opportunities, involving elementary, middle school, and high school basketball teams. Nick has coached teams from the Olelo Christian Academy, Northern York School District, Mechanicsburg Area School District, and the Cumberland Valley School District; along with other community-based basketball programs such as Upwards and local recreation departments. One of Nick’s coaching highlights was leading the Northern York Polar Bears, his alma mater, to the district playoffs in 2009. At the core, Nick uses the game of basketball to teach critical life skills such as hard work, teamwork, resilience, and sportsmanship. Nick and his wife Erin, a nurse at Hershey Medical Center, have three children, Quinn, Asher, and Emmett. 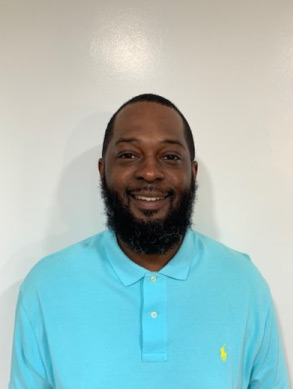